HISTORY
Atlantis Tankers is a leading marine chemical and oil transportation company with a fleet of twelve vessels, transporting a wide variety of cargoes such as organic and non-organic chemicals, clean and dirty petroleum products, vegetable oils and lube oils in the Short Sea Shipping trade. The fleet consists of marine line and epoxy coated vessels ranging from 3,446 to 6,416 dwt, primarily designed for the transport of IMO II classified chemical cargoes.

The Group was formed in 2002 when Lorenz Weinstabl (German), Mehmet Aksoy (Turkish) and Kenneth Jan Madsen (Danish) founded Armona Denizcilik AS to act as main contractor for construction of new tankers. 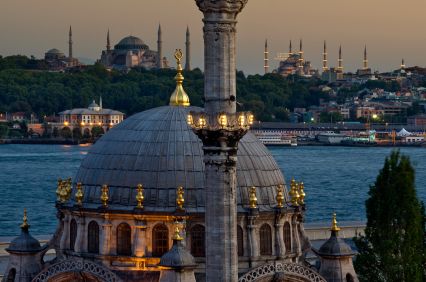 Armona’s shipbuilding program started in 2002 with the construction of the first two 3500 dwt tankers, after which Mehmet Aksoy left the partnership to fully concentrate on the further development of his shipyard activities. In 2004 the construction of the third and fourth 3500 dwt tankers had begun. The purchase of a brand new vessel, a 3445 dwt, completed and converted to meet the standards set by the Group brought the fleet’s size to five.

After some years fighting the economic crisis and seeking for consolidation, the freight market finally started to pick up again which gave Armona the confidence to start to build two further vessels in the 5600 mts class for which the steel had already been bought in 2006 but the construction of their hulls was halted due to ownership changes of the shipyard. Construction restarted end 2015 and the vessels were delivered in April and September 2017, increasing the fleet size to 10 vessels. In February 2017 Atlantis Tankers purchased from Greek's Restis Group two 6000 dtw chemical tankers built by Turkish yards in 2008 increasing the fleet size to 12 vessels. Armona's newbuilding team is now engaged with shaping the next generation of our fleet. After a state ordered demolition of Armona's Istanbul Headquarters took place the shareholders decided to redirect investments to Far East Shipyards. Investment into two tankers in the Medium Range has started, designs are being finalized. Thus this will open Atlantis Tankers the path to deep sea trading routes. Also design works for two 7k chemical tankers commenced and due to equipment investments which already have taken place the start of their construction is only a question of time.

When the new buildings were put to service, the commercial management of the fleet was carried out by Ibex. Initially, the Group’s technical management was outsourced to Fabricius in Denmark and later to V. Ships in Glasgow. However, it became clear that the most cost effective management could best be achieved under our own control. Therefore in 2009, together with the shipbuilding team, Armona Denizcilik A/S took over technical and crewing management of the fleet.

After four years of hard work to gain recognition by our customers as a Quality Operator, Armona was encouraged to undergo the next step and take on the Commercial Management of the Atlantis Tankers Fleet. Rapidly improving freight rates and the ability to make our own strategic decisions more than justified this move.